I went to Italy a few weeks ago for the first time in over twenty years, and, again, it worked its spell on me. This time around the spell worked even faster. Although it had been so long, it was as if I was back after only a year. Ah, yes, this is what Italy is. This is what you didn’t know you were missing, until now.
Because I unwittingly found myself in Frances Mayes territory on this trip, I decided to read the sequels to her best-selling memoir Under the Tuscan Sun, which I had enjoyed years ago. I devoured these sequels, needing those jolts of Italy like a good double espresso. Although I got some good tips on places I might like to visit on my next trip from these books, I also received something I wasn’t looking for: a new habit. Mayes lets us in on some of her projects and writing life in her books, and I was particularly taken with her description of the notebooks she keeps on various subjects or interests. She brought a new notebook with her to Italy one year, for example, just to record her ideas for her garden there. Since I had just returned from Italy, I knew what she was talking about when she described blank books bound in handmade paper that she collects for her new projects, all waiting for her ideas.
At about the time I finished her third and newest book on Italy, my son commented that he needed more notebooks. I asked him why. Didn’t he have several notebooks that weren’t full? Yes, he said, but one was for thoughts on his school work, and the second was about the environment, and the third one was for our trips. He just started a new topic in the last one he owned, and he wanted to have a blank one in reserve, for the next topic that was bound to surface.
I went over and looked over his shoulder. Beautiful rows of assured, second-grade English-style cursive lined the pages. He was writing about Antarctica. Geography, science, penguins. Whatever interested him.
I have recently been thinking about how, if I really want to give this writing thing a go, a real go, I need to write professionally, even if I never sell a word. I love to write, so I shouldn’t feel bound by whatever project I am currently slogging through. Yes, my mystery is important, and yes, perhaps maybe I won’t ever want to bare my soul in a memoir, but what about those thoughts I have every now and then about what it’s like to be an expat, what about the kernel of an idea for a children’s fantasy that is buried deep in my brain, what about that list of cool stores in Europe I wanted to write down, what about the magic of Italy that I struggle to describe? Those are all subjects to write about. I could do research, jot down tidbits, make entries, return and review what I’ve done. They could turn into something, or not. But I’d have a place for my ideas, and they wouldn’t be jumbled as they usually are. They would be where they should be, in a notebook designed just for them. Just like my son’s.
So thank you Frances Mayes, thank you Theo, and thank you Italy. My notebook habit has begun.
Advertisement 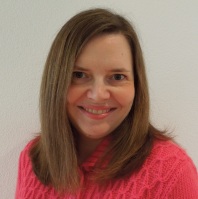